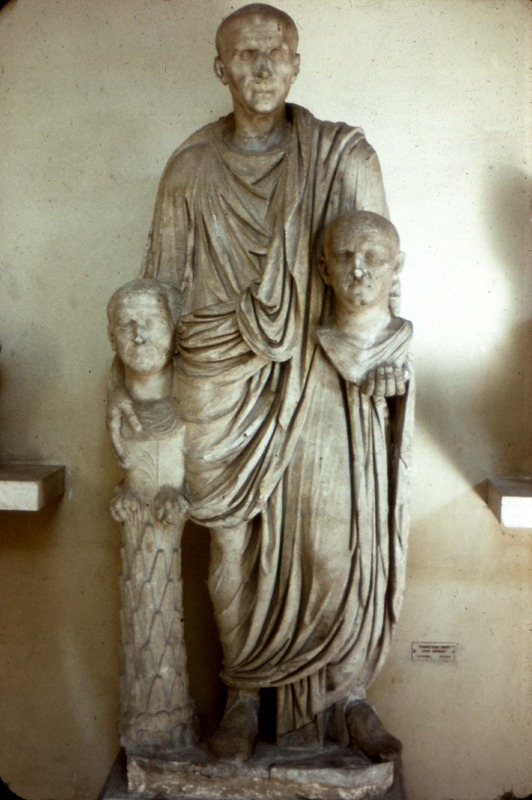 The head of this standing figure, though ancient Roman in origin, is a later replacement and not original to this statue. The separation of head and body in this work is understandable since in many instances the bodies of full-length portraits were produced in advance, waiting in the sculptors workshop for a patron to commission a head with his or her own likeness that could be attached to it. Presumably the busts carried by this patrician were likewise only blocked out until they could be carved with the faces of the commissioners ancestors. These faces share a striking family resemblance, and the stylistic difference reproduced in the two distinct bust formats reveals that these men lived in successive generations. They could be the father and grandfather of the man who carries them.

Use for educational purposes only. Single copies (print, photocopy, download) are permitted for personal study, research and teaching.