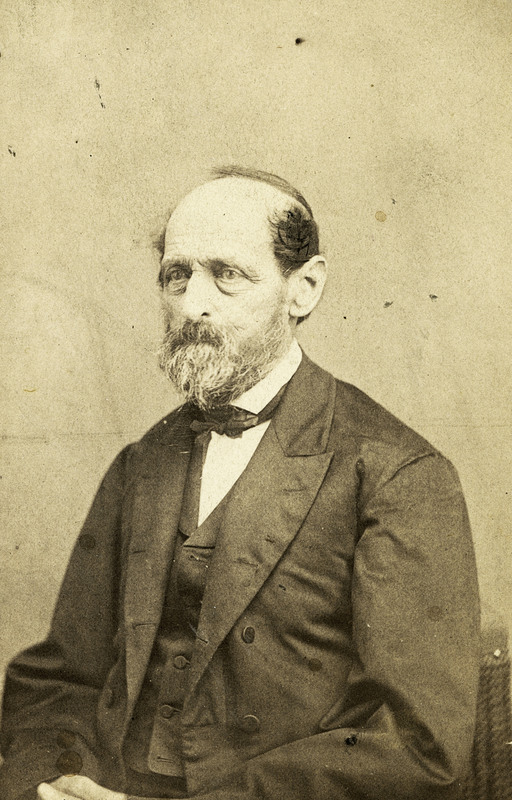 Photographic portrait of the early Western New York dentist George Edward Hayes (born November 7, 1804 and died April 27, 1882) who served as the first president of the Buffalo Dental Society which was formed on May 27, 1864 and which formed the nucleus of the broader Eighth District Dental Society of the State of New York which was established in 1868. In addition to being a founder of the Eighth District Dental Society, he also was a founder of the Buffalo Dental Manufacturing Company in 1867 and maintained his connection with it until 1876. He retired from dentistry in 1877.