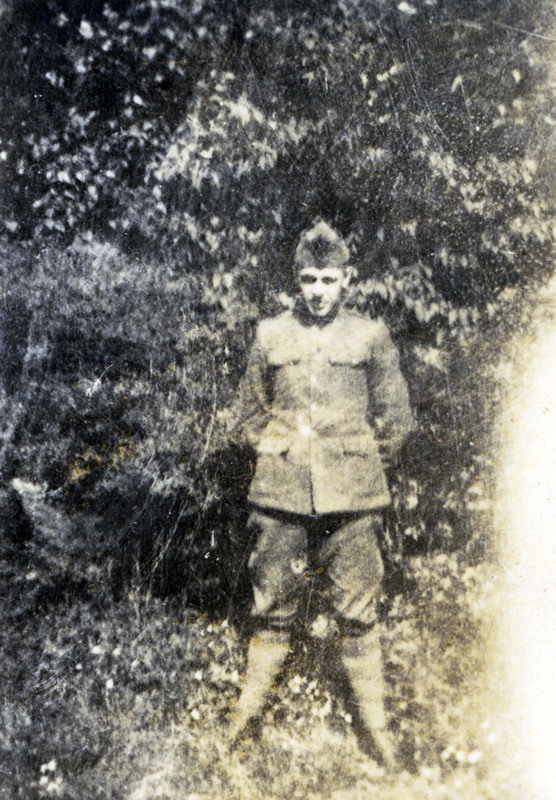 R.F. Greene, a U.S. Army officer, presented the 'at ease' posture in a photographic portrait in the countryside outside Vittel, France. Inscription to E. Blanche Augustine on verso read: 'Best of luck to my adopted sister'.