The Restaurant Buildings and Arcades 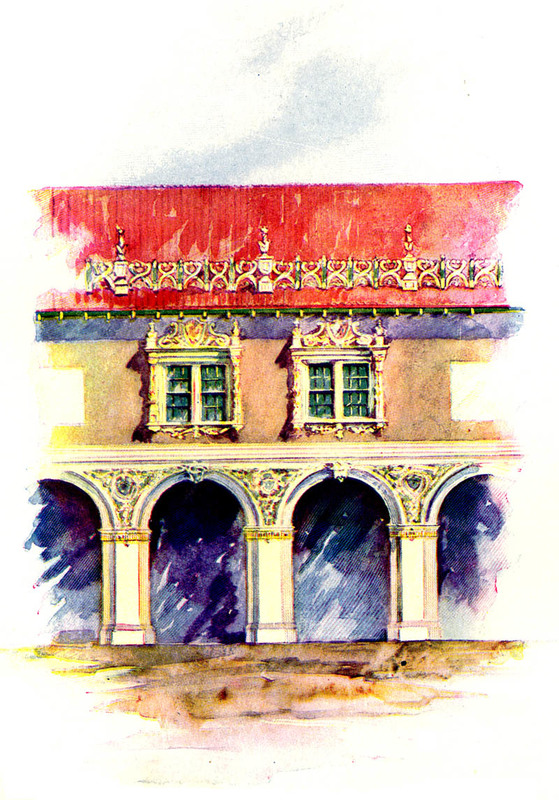 The Restaurant Buildings and Arcades

On Exposition Grounds
Exterior views
On either side or the square are buildings closely resembling one another, and having a double use. The lower part of each is largely an open arcade, forming the entrance on the one side to the Midway, and on the other to the Stadium. The remainder of these buildings serve as restaurants. The style of architecture adopted in these buildings is freely reminiscent of Spanish examples, and of their descendants in Spanish America, while no single building has been taken as a prototype. The character of the exhibition, in which only the Americas are represented, naturally suggested this inspiration, which is indeed evident in many other parts of the grounds. And it is this character which suggested calling the little square the Plaza.