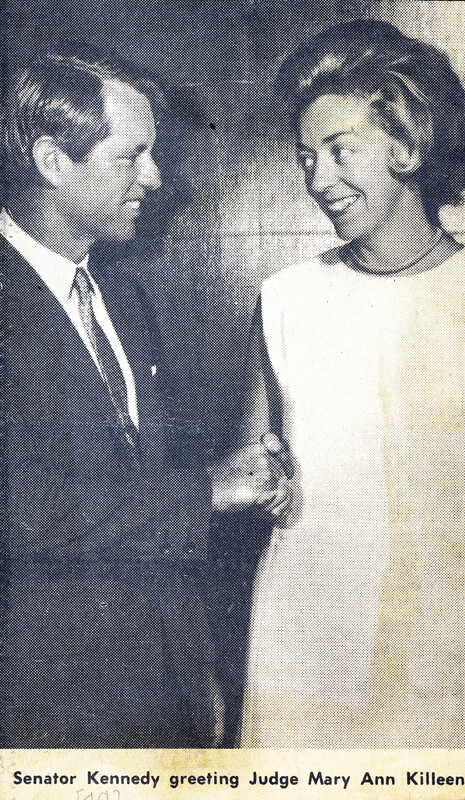 Buffalo Zontian Judge Mary Ann Killeen was selected to greet Senator Robert F. Kennedy when he visited Buffalo, New York as a part of his presidential campaign in the summer of 1968. Robert F. Kennedy was assassinated shortly after midnight on June 5, 1968 in Los Angeles, California
this photograph was rerun in a local Buffalo newspaper a week later.

For educational and non-commercial uses only.